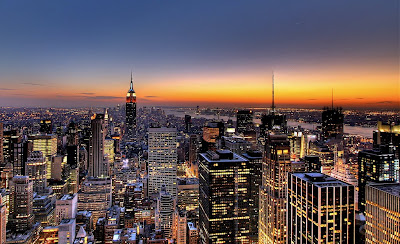 I've only been there a handful of times, but it's one of my absolute favorite places, and I feel quite at home there. Last year, I was privileged enough to go twice. I believe it was The Secret in full effect--that photo above was my wallpaper, and sometimes, sitting in front of my Mac in the evening, it felt like I was looking out a window onto NYC. At the start of the year, I had also drawn myself in autumn attire, walking through Central Park with Hamil. I ended up going back to the city for work--and walking through Central Park--in the fall. Alas, Hamil couldn't come with me. Perhaps he should have drawn his own picture? 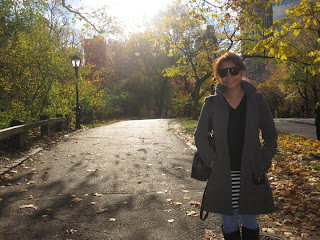 I guess I've just been feeling restless, and there's been some emotional stuff that I've had to deal with (realizing which friendships--and people--are true and which aren't). And I just need an escape. In NYC, at least to a visitor like myself, every day feels like an adventure. And I never feel like I have enough time to do everything I want to do. I want to watch more shows, go into more stores, linger in the park, perhaps toss a disc with friends, properly tour the museums (and get more than a glance at Van Gogh's works), figure out the subway, spend time with my family, and eat, eat, eat. But with Hamil this time.

The Secret, get to work.