The Eighth Month: My Son Is A Model!

So he could get to a sitting position by himself and all that (hurray!), but the main highlight for this month is that A booked his first modeling gig! 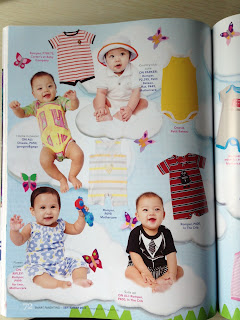 From Smart Parenting Magazine, September 2013--that's him in the onesie with a peace sign, and in the tuxedo-onesie!

I was so flattered when the Smart Parenting editor in chief asked me if my son could model for their onesie special. *tear* There were going to be four other baby models, each one with a different personality--preppy, quirky, and so on. When I asked the EIC what my son was going to be, she answered, "He's the rocker. Siga!" (roughly translated as "tough guy"). That's my boy! Lol.

When we got to the studio, there were racks and piles of baby clothes. Like a proper fashion shoot! 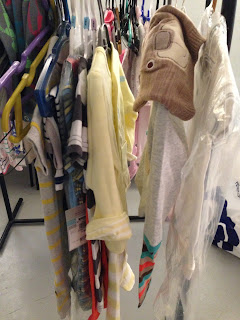 Each baby was to model six outfits. I was a bit worried because dressing A had become quite a challenge (he won't stay still!), so I couldn't imagine how he would react to all those outfit changes. But he was such a trooper, not putting up much of a fuss as we changed him. Halfway through the shoot though, he took a nap. (At some point, all the babies were asleep!) What a diva!

The photographer was Patrick Martires, one of my wedding photogs. His super cute son, a few weeks younger than A, was also part of the shoot (that's him in the first photo, wearing a hat). A had just started sitting without support, so his nanny and I were seated nearby, ready to swoop in in case he fell over. I wasn't sure if he would cooperate, but thankfully he did--he sat still for a lot of the photos and it wasn't difficult to get him to smile! The first few shots though, he would give his smolder. 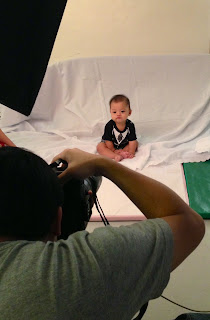 I was so eager to get copies of the photos that I actually took pictures of Pat's laptop! Hashtag stage mommy. 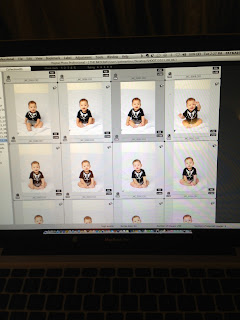 Some of the outtakes were priceless. Such as... 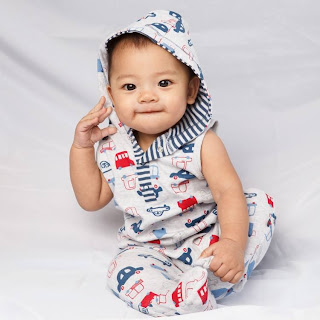 A couple of other shots... 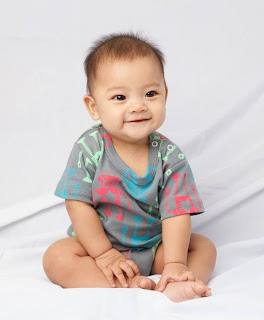 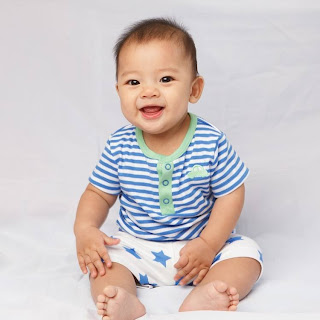 After the shoot, I was asked to sign an invoice for his talent fee! My son is an actual working model! We're going to be rich!

Email ThisBlogThis!Share to TwitterShare to FacebookShare to Pinterest
Labels: A