Past the Halfway Mark

I know this blog has all been blah blah blah baby blah blah blah pregnancy lately. Forgive me. It's hard to think about other things when you have a little monster growing inside you. (That, and I've cut back significantly on my extra-curriculars since getting preggers.)

So I'm officially at 21 weeks, and depending on who you believe, I'm either big or small for 21 weeks. It's confusing. Last night, one girl said, "Ang laki mo! (You're so big!)" and two minutes later, another person said, "Ang liit mo! (You're so small!)" So I choose to believe that I am just right! It's funny when people see my front and say, "You don't look pregnant at all." 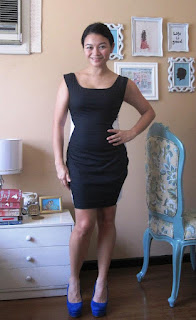 Then I turn to the side, and bam! There it is. 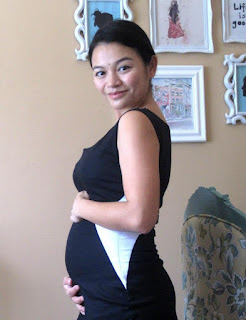 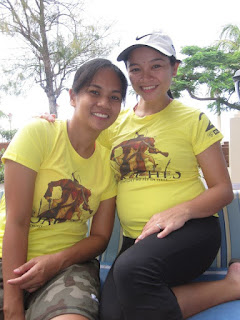 I felt like frickin' Winnie the Pooh in this jersey.

Ze monster has progressed from giving little bubbly flutters to full-blown kicks. Pretty cool, and still surprising even when it happens pretty often now. I've dubbed the evening "happy hour" because that's when it's most active. And the sweet thing is, it responds to its daddy! On week 20, Hamil put his hand on my belly and started talking to the little monster, and it responded with a mighty kick. Other people have tried to get a response, but nothing. The only other person it responds to is Mozart. (Either it appreciates classical music, or is telling me to play some damn 2Pac.)

I'm also starting to stick to a routine now. With a flexible schedule, it's so easy to fall into the trap of anything-goes, but the baby and I need a more predictable sched--plus, I need some exercise! So I'm trying to get myself out of bed early, down a glass of milk, do a prenatal workout, then have breakfast before going to work. In the evening, I put my feet up while reading my belly a story, then meditate to classical music. Let's hope I can keep this up. I haven't read a single parenting book, but if there's anything I've learned, it's that children need structure.

Nineteen weeks to go.
Posted by Tisha at 3:57 PM

Email ThisBlogThis!Share to TwitterShare to FacebookShare to Pinterest
Labels: pregnancy