And They Ate Happily Ever After

Once upon a time, a prince and princess wanted to celebrate two years of wedded bliss by going to a magical place called Lemuria. On their way there, they were met by all sorts of enchanted creatures. 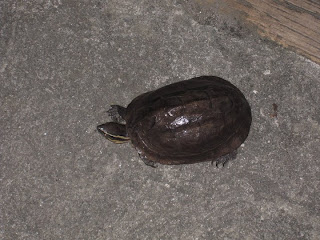 After making their way around the Kingdom of Horseshoe, they finally found the fabled palace, set amidst lush greenery, all bright and inviting underneath the starless sky. 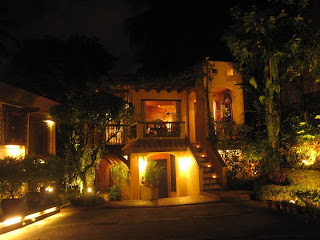 The prince and princess went up the Machuka-tiled steps lined with candles... 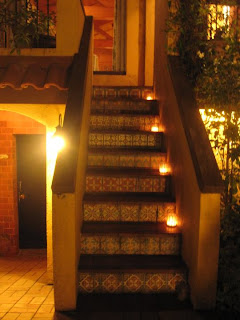 ...and found themselves in the great hall. 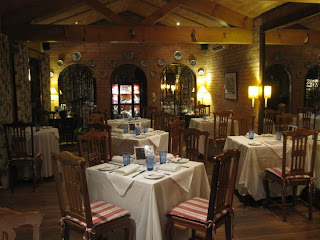 They found a cozy spot by the window, with vines swaying in the breeze outside. 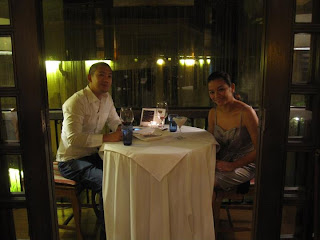 The people of Lemuria were ever-gracious, welcoming the couple with freshly baked bread. 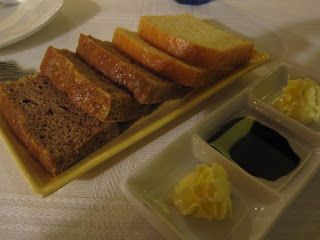 The prince and princess soon found out that Lemurians feasted on seven-course meals every night, and they were expected to do the same. The first course was set before them: Beef carpaccio with almonds, fleur de sel, olive oil. 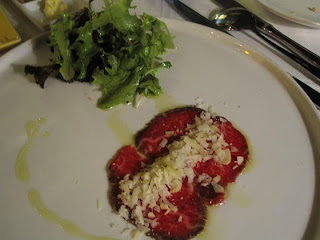 It was followed by prawn bisque, made using prawns from the surrounding seas. (The Lemurians were kind enough to serve the prince mushroom soup, to keep him from getting a royal rash.) 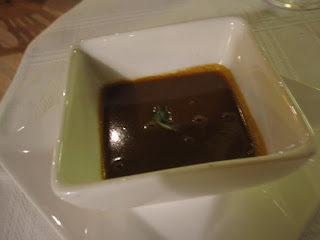 They were then served more fare from Lemurian waters: tender squid. This was cooked with porcini mushrooms and essence of Berlinoise. 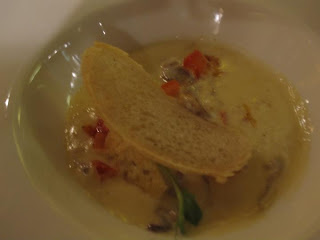 Afterwards, the prince and princess cleansed their palates with a refreshing strawberry sorbet. 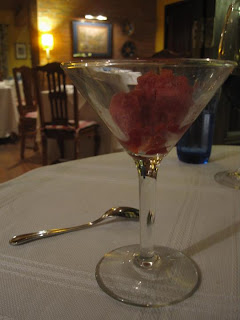 They were then served almond-crusted white fish fillet with eggplant parmegiano and balsamic reduction... 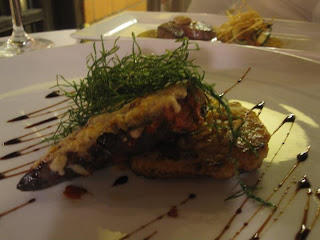 ...as well as beef perigourd with foie gras (the princess' favorite!), anchoiade and port wine reduction. 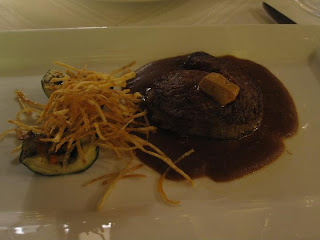 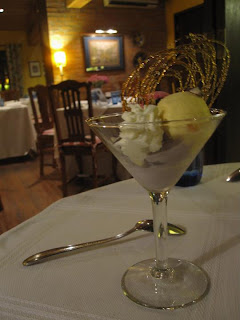 ...and a rich mousse au chocolate parfumee' a l'orange. 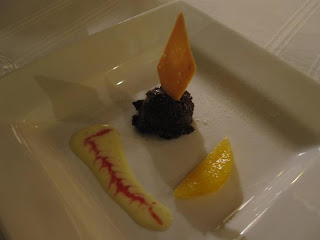 After they had their fill, the prince and princess wanted to take a tour of the palace. Their guide led them to the famed wine cellar--a cold place where wines from other faraway lands were kept and closely guarded. 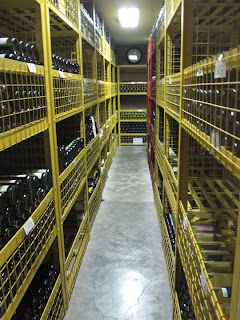 The prince and princes ended their visit by selecting a red from the kingdom of Chile. They bid farewell to Lemuria and went back to their land with satisfied tummies, dreaming about other places to visit in the years to come.

P.S. Happy anniversary to my prince!

Lemuria is located at 5 Julieta Circle, Horseshoe Village, Cubao, Quezon City. Open Tuesday to Sunday from 6 to 11 p.m. (lunch by reservation only). Contact them through (02) 723-7139.