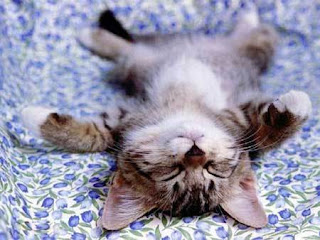 So this is what running 15K feels like...
I used to abhor running. Back in college, the warmup before dance practice was sometimes a one-mile run. I could get through it pretty quickly (eight minutes, to be exact), but it was torture. I would bitch through those eight minutes and think about how I would much rather be learning a new routine. Cheerdancer training was no different. We sometimes had to run about half an hour, all around the Ateneo campus, and it was my absolute least favorite part of training.

When I started working, I didn't have regular dance training anymore, so I had to resort to other forms of exercise. Running became one of them. I would push myself to do interval training (increased my speed and endurance) and 5K runs on the treadmill (personal best: around 29 minutes. Obviously, it involved some walking!). For a time, I kind of enjoyed it, especially after a rough day. Running in Ateneo on cool evenings also helped me clear my head when I was feeling particularly overwhelmed.

Last year marked the first time I ran about 11K. It took a while, but I did it. I would've been so proud of myself if only my husband hadn't kept on running for 10 more kilometers (for no apparent reason other than he can), leaving me--and my personal record--behind in the dust.

Up until a couple of weeks ago, I had no desire to join fun runs. And then my husband signed me up for a half marathon. That's 21 frickin' kilometers. Our phone conversation:

After much thought, and despite being in the worst shape in recent years (I hardly had any exercise in November and December, and I had the holiday fat to show for it), I relented. I figured that this was the first and last time I would ever run that long. And I figured I had one of my 100 kisses waiting for me at the finish line.

Hamil outlined a training program which I haven't been able to follow. The weather was uncooperative last week so I wasn't able to get in the miles I wanted to get in. I did, however, have the best possible trainer for my first 5K run of the year--Marie, one of my really good friends, who just happens to be the editor in chief of Runner's World! She's run the New York Marathon twice and an ultra marathon (that's over 100 kilometers!) so I'd say she's a bit of an expert in this area. She gave me some helpful tips and, more importantly, distracted me from the boredom that inevitably accompanies seemingly endless rounds at the Ultra oval.

Last night, as per Hamil's training schedule, we had to run 15 kilometers. All my old feelings about running resurfaced. (See first paragraph.) By the seventh kilometer, I was already bitching about the pain in my stomach, my knee, my ankle. I wasn't the most pleasant person in the world to run with, but my husband stayed positive, cheering me on and waiting for me. I knew that he was kind of holding back, that he was raring to run ahead. But he stayed with me. He wanted to practice running with me because he doesn't want to leave me when we finally run the 21K, personal record be damned. More than anything, that's what's going to push me to the finish line.
Wish me luck.